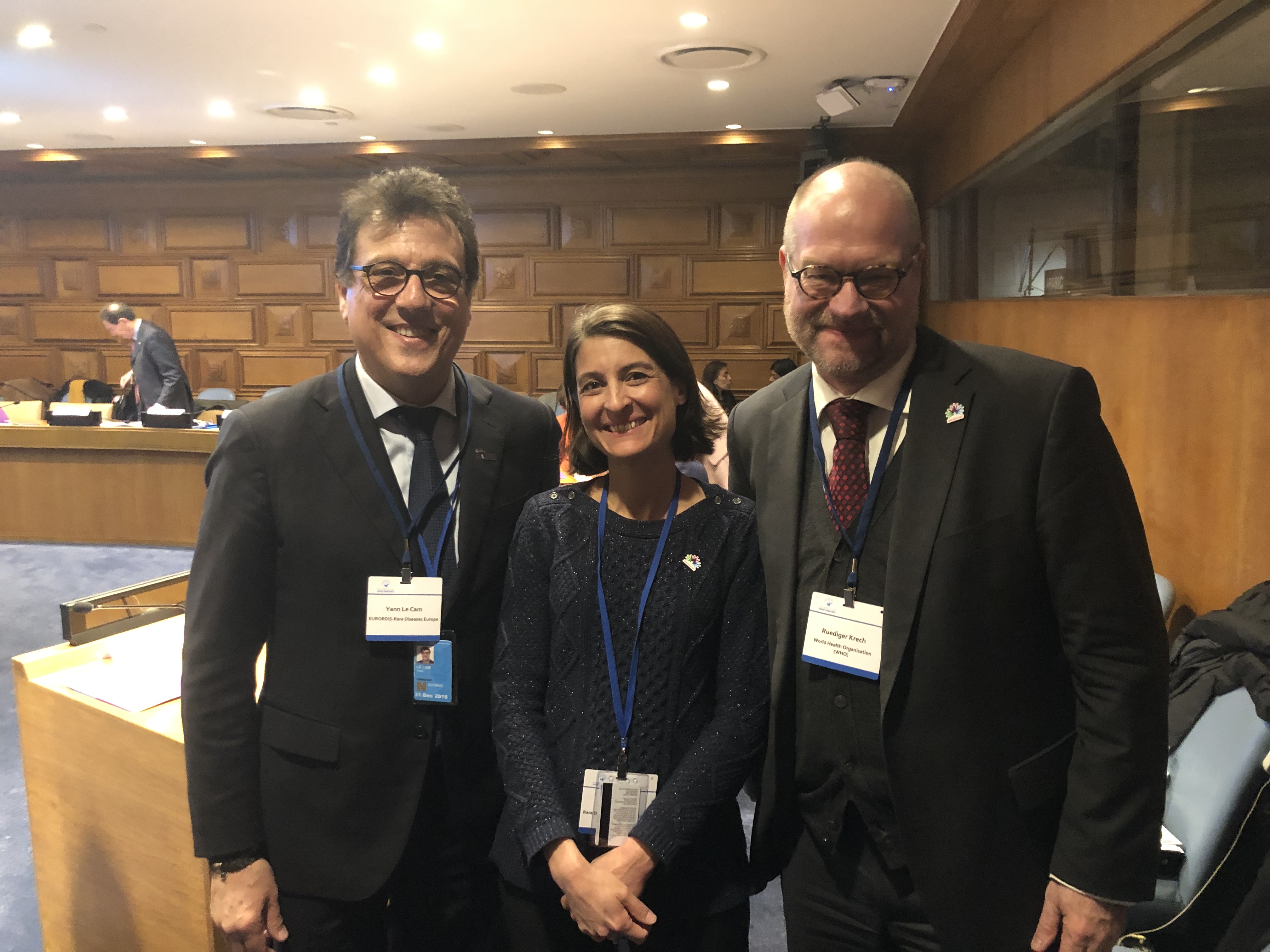 On Thursday 21 February 2019, over 100 participants from the international NGO community, UN agencies, national governments, academic institutions, the private sector and the rare disease community came together at the United Nations (UN) in New York for the Rare Disease Day Policy Event (the Second High-Level Event of the NGO Committee for Rare Diseases).

Organised by Rare Diseases International, EURORDIS and Ågrenska and hosted by the Permanent Mission of Estonia to the UN, and co-hosted by an impressive 14 other Permanent Missions to the UN, the event was an opportunity to advocate for rare diseases to become a global health priority.

At the event, Yann Le Cam, Chief Executive Officer of EURORDIS, launched a call for rare diseases to be included in universal health coverage (UHC) and also called on UN Member States to support a UN resolution on rare diseases (read the press release). There was an overwhelming sense of support from Member States and UN and WHO speakers present. The NGO Committee will now be working to take next steps towards inclusion of rare diseases in the UN’s upcoming political declaration on UHC. You can watch a recording of the event and see photos and reporting of the event via the @ngorarediseases Twitter handle.